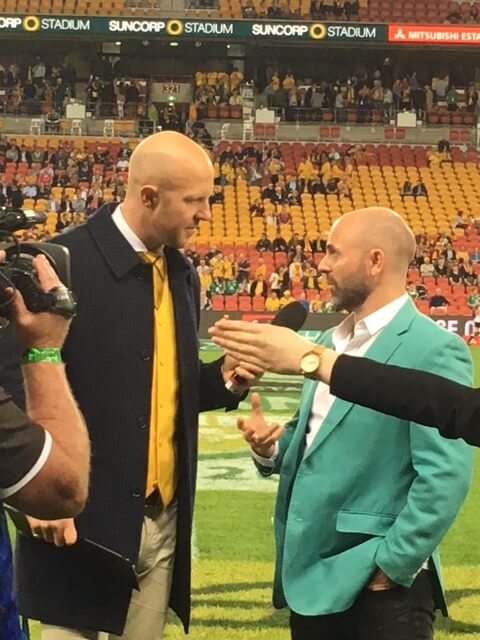 Taste Ireland CEO Eamon Eastwood and Deputy Chairman of The Lansdowne Club Australia had the honour of presenting The Lansdowne Cup before the first test between Australia & Ireland, on Saturday 9th June 2018 at Suncorp Stadium, Brisbane.

The cup was launched in advance of the two Test matches played during the 1999 Ireland rugby union tour of Australia. The magnificent trophy was made by Ireland’s world famous Waterford Crystal, hand blown by master craftsmen.

Lansdowne Board Member Philip O’Sullivan will present the Lansdowne Cup at the Melbourne Test, while Chairman Philip Cronin will present at the final test in Sydney.