PatChats is The Lansdowne Club’s informal breakfast talk series (think Ted Talks with an accent) for the Sydney entrepreneurial community.  PatChats morning talk series will ignite the Lansdowne Club community in a way never seen before: tapping into its wealth of thought leadership to share peer to peer knowledge and insights on the entre/intrapreneurial journey to kickstart your morning and inspire your day.

The concept is simple: a short talk, a chance to connect with like minded Paddies and other brave interlopers. All nations and persuasions are welcome.

The small charge covers expenses including your coffee, pastry and the graphic scribe. We’ll send you the illustrated story post event to jog your memory.

Meet people you’ll want to collaborate with, partner with, work with or hang out with.

Tony Lynch speaks about the power of clear decision making and the trials and adventures of going it alone.

Tony is a Cork boy!

He heads up Tracton Partners which works with start-up and growing businesses. He is based at Stone & Chalk, Sydney’s Fintech hub for start-up firms. Previously he held various senior positions at large and small organisations in the UK and Australia. Tony has a passionate belief that most companies (particularly large ones) could be much more successful by embracing the concept of flexible working conditions and that millions of dollars are wasted each year through an outdated approach to hiring and managing people.

Tony will talk about a problem that many are trying to solve by starting and running their own business, Tracton Partners. He spent many years in senior roles at large organisations and, like others was ‘occasionally’ disappointed and disheartened by the behaviour of these firms and their management towards people. In his humble opinion, you can always judge people by how they treat others. His mission is to create a group of people who want to work differently and take more control of their lives and careers.

He believes there is another way and that, we are at the edge of when small entrepreneurial firms become the career destination of choice. Like all Cork boys he’s likes a challenge and is willing to take a crack at things.

Lesser known fact: Tony was a losing quarter finalist in Know Your Sport with Jimmy Magee in 1995, a loss that still rankles to this day and might explain his need to do things differently 🙂 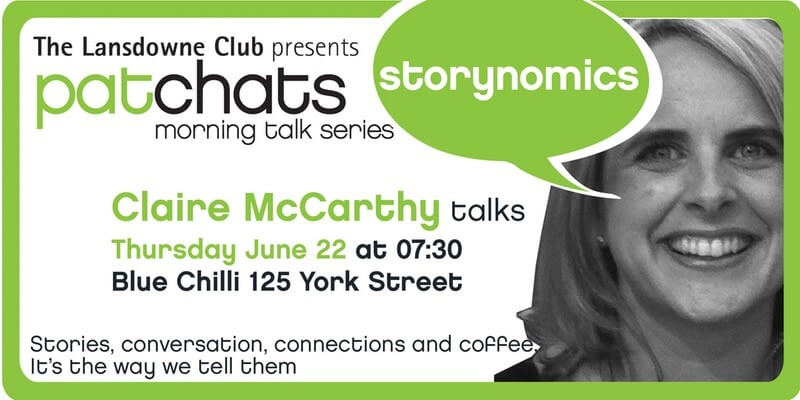 Claire will talk about how you raise $4 million for something people don’t want to think about, talk about and would prefer to pretend didn’t happen and how the power of story connects, cultivates and converts.

Claire wants to live in a world where we are all connected not only to each other but to ourselves.

As a fundraiser with more than 15 years’ experience working in the health sector, Claire has worked with Clown Doctors, cancer support and currently at Bear Cottage Children’s Hospice. She powerfully talked herself into a job that brought her to Sydney after deciding on a visit she would come live here. Her mission is advocating for parents who are caring full time for a child with a terminal or life limiting illness and educating people on the need for paediatric palliative care.

When she is not looking after donors, Claire uses her extensive skills and experience in sales, networking and storytelling to help clients owe and employ their own stories in her private practice.

Lesser known fact: Claire is one of the few people who didn’t get fired when working for TV chef, Keith Floyd

Philip Cronin has an impressive track record and knows a thing or two about business and leadership growth. He is a former Senior Executive with Intel Corporation and is currently a Director of Eclipse Innovation, a consultancy company focused on delivering solutions to business problems for leading Australia, New Zealand & Asia Pacific companies.

He was with Intel for 18 years Australia, New Zealand and Asia, responsible for developing and implementing strategies to accelerate the their growth, with a sharp focus on building high performing teams across the business with a keen eye on customer needs. He’s been a technology advisor to both the Australian and Irish Governments.

Lesser known fact: Philip comes from a family of 13 and can hold a tune

Kevin Clancy, a Cork man living in Sydney, took a circuitous route to the Climate Change and Sustainability team at EY.

Before he entered the corporate world he spent his time working with some of Ireland’s leading elite athletes. He consulted with the Irish Institute of Sport and was involved with the Cork Senior Gaelic Football team between 2009 and 2013. He’s also been a lecturer, a child care worker and a nightclub doorman!

Kevin will be speaking on identity and, in particular, the role our mind plays in who we are and how we live and work.

Prepare to learn more about your inner workings and leave with some insights on what promises to be an enjoyable morning.

Niall’s talk is about getting ahead; elevating yourself and accelerating your career.

He is a passionate exponent of being the best that you can be. For him it doesn’t matter if you want to be the best barista or best barrister, the same attitudes apply. He believes there are simple rules that can be applied and actioned that will set every one of us on the road to success.

Since arriving in Australia in January 2010 Niall has been the highest billing sales person at Peoplebank Australia, the Manager of Greythorn B&F Recruitment (which he grew into the highest performing team in APAC), and the National Sales Manager at the Finite Group (the largest independent IT Recruiter in Australia with revenues of over $350million).

Niall is also a qualified high performance coach, and a very amateur triathlete

Lesser known fact: Contrarily when half of Poland seemed to be moving to Ireland, Niall moved there! Dzien Dobry!

Kingsley was one of the founders of the Lansdowne Club. Besides being an engaging speaker and natural storyteller. Kinsgley runs a Networking Training company, Diaspora Matters Training, based in Dublin and has developed an international business with clients such as Google, Accenture,  Linkedin, KPMG, PwC, HSBC, Silicon Valley Bank, AIB and others.

He ran the Ireland Funds for 21 years, mostly based in Boston and before that he was the Sydney based representative of Enterprise Ireland and IDA Ireland. While in Sydney he established the Lansdowne Club and the Australian Ireland Fund.

Kingsley believes passionately in the power of Networking and that, in a rapidly changing world, it is now more important than ever, both for companies and individuals.

He has developed a unique 15 module online/offline Networking Training Programme which everybody can benefit from. He points out that schools and colleges don’t teach Networking and companies don’t have strategies for it and yet everybody believes it is really important.

He is visiting Sydney and Melbourne to give a series of workshops and presentations to companies and organisations and is interested in developing further business in Sydney. 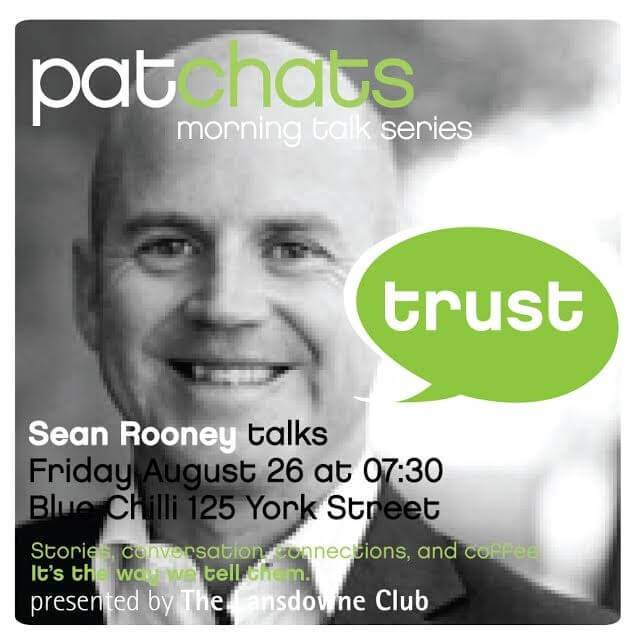 Sean is co-founder at AMIRE Strategic Digital Marketing. AMIRE was founded in 2013 specialising in Search Engine Marketing working across some of Australia’s largest brands including Telstra, News Corp, etc.

Sean has worked in Digital Marketing since 2000 working in Ireland and the US before joining Australia’s first specialist Search Engine Marketing agency in early 2002. He has managed teams for the world’s largest media company (WPP)
working alongside multinational brands such as Microsoft, VW, LG, Ford and Unilever and more.

Sean believes building strong partnerships based on trust and integrity is key to success. Sean’s Talk will take the audience through a journey based on one client’s experience’s over the past 15 years, tracking the shared journey: the good and bad; but most importantly demonstrating the importance of trust/integrity in business and personally. 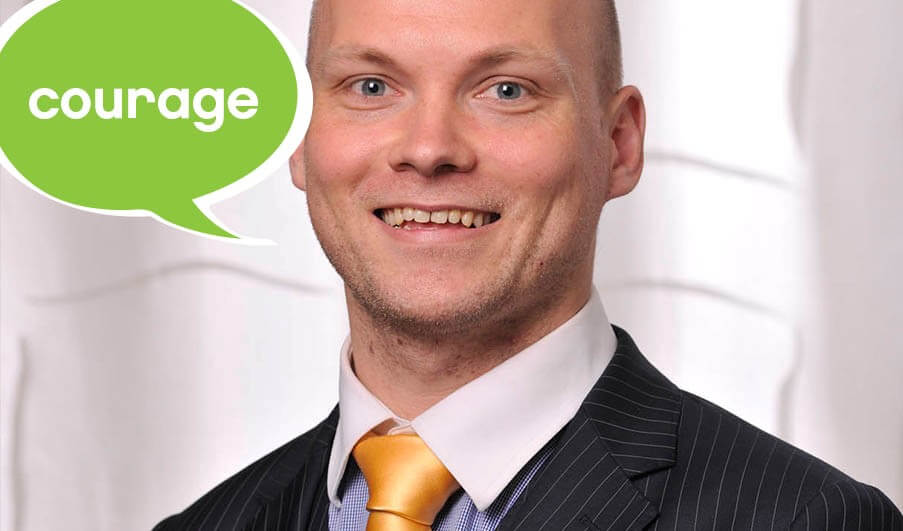 Rex Betar was born 10 weeks premature and shortly after he was diagnosed with cerebral palsy.

Physical limitations aren’t the only limitations Rex has overcome. At 18 Rex was the first member of his family to complete high school. Rex completed 4 degrees, time well spent in Galway and Belfast.

Everybody faces obstacles: in the corporate world, on the sporting field and in life. Rex will share his story about how personal courage can help you not only overcome those obstacles, but open up opportunities and succeed.

Lesser known fact: Rex once had a successful amateur wrestling career (the kind from the Olympics and yes I wore spandex). 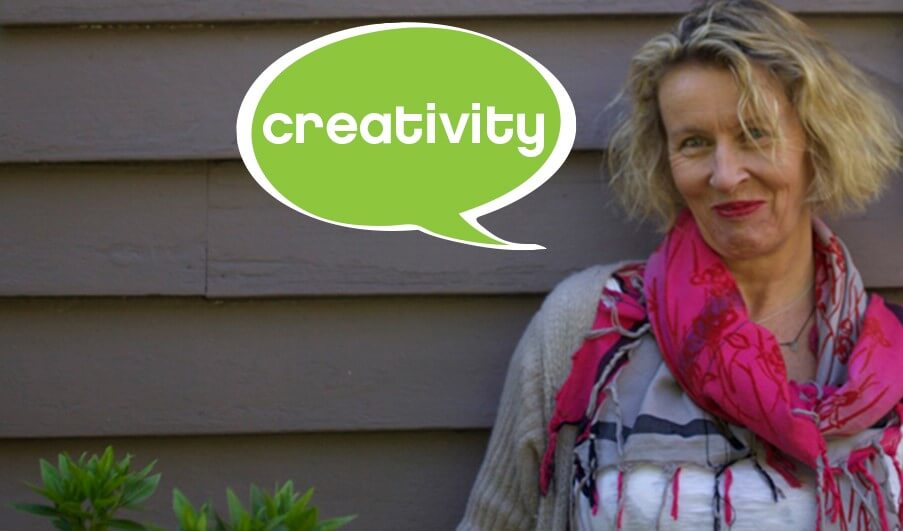 She knows brand like you know Beans meanz Heinz. The business and work landscape is undergoing a revolution. She’ll talk on consciously creating your personal or business brand in a way that makes success inevitable.

There is no longer a job for life or a career job. Even companies expected to last forever have disappeared. Fact: There are more than 18 billion dollar companies that didn’t exist 10 years ago. This is the new normal. The connected economy needs different skills. Come and discover how to find yours and how to use them to create what you really want.

Eilish,a branding and communications consultant has worked globally with Apple, Vodafone, Harper Collins and Scholastic, and locally with government to personal growth, finance to food, wine to education.

She believes our lives are the compound interest of our daily practice (a threat and a promise 🙂 and that conscious creation makes success inevitable.  She speaks on how to apply this in branding (personal and corporate) in the connected world. How to become who you are, love the life you are living while making money and sharing. Because life’s simply better for everyone when you are being your best yourself.