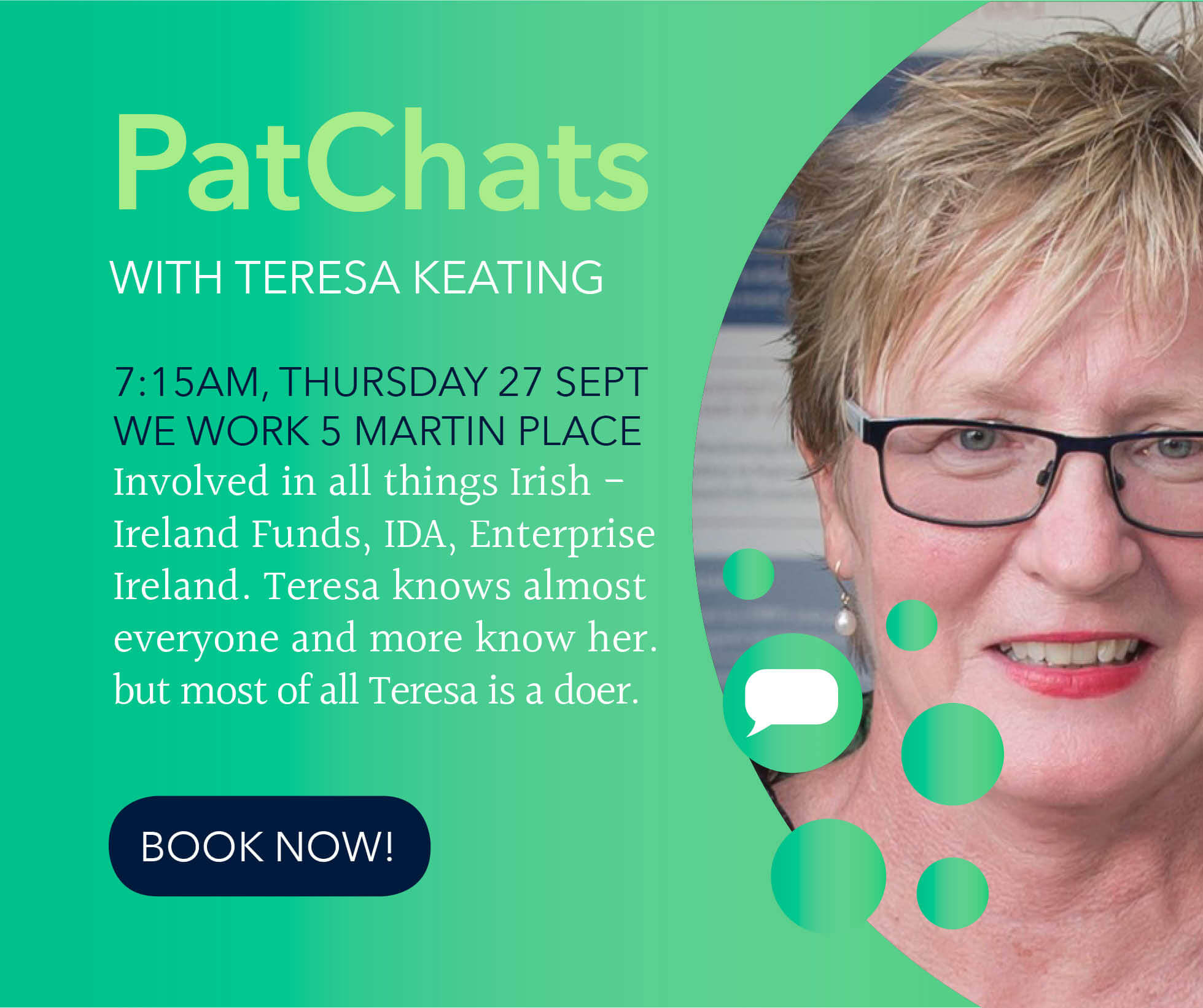 Teresa Keating is a natural connector.

We’re delighted Teresa has finally agreed to share her some of her story, knowledge and wisdom.

Teresa Keating has been at the beginning of many, and involved in all things Irish since she arrived in the Land of Aus more than 35 years ago. She knows almost everyone and even more people know her, but most of all Teresa is a doer.

She has represented the Irish Government on trade, as the Manager of Corás Trachtála in all its incarnations (today Enterprise Ireland), and investments, as Manager of IDA Ireland and also Executive Director of the Ireland Funds, since 1991. From 2000 based in the Irish Consulate, Teresa devoted her time between the IDA Ireland and the Ireland Funds.

Since 2014 Teresa is dedicated exclusively to the Ireland Funds, who are active in 12 countries and have distributed over 600m globally to 3,200 organisations in Ireland (North and South) and Irish causes around the world.

Kingsley Aikins (later the US Executive Director and CEO of the Worldwide Ireland Funds) set up the Lansdowne Club in 1986 while living in Australia. Teresa has worked with him since 1987. Teresa is the longest serving board member and remains secretary of the Club.

Book now as everyone who knows Teresa will be there.