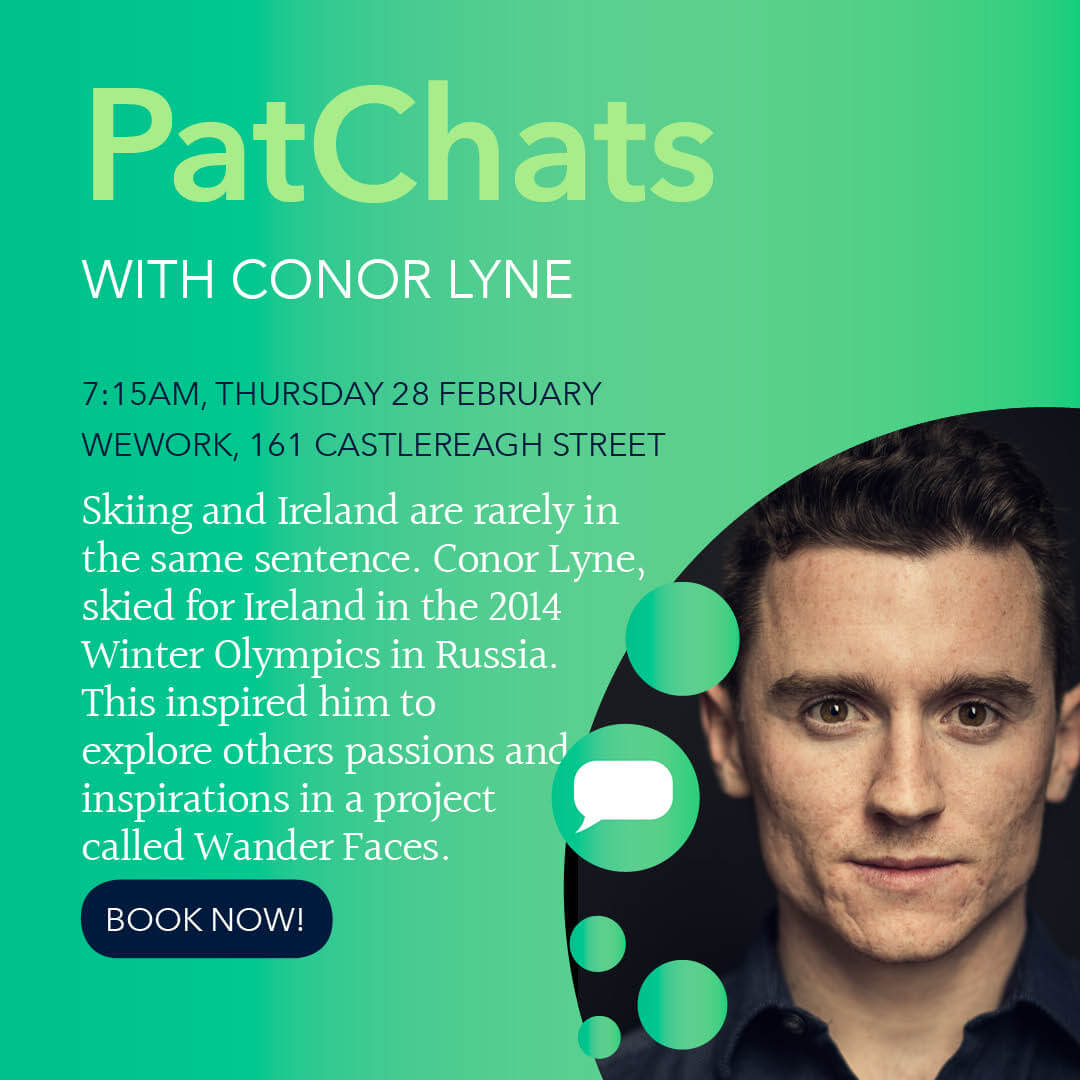 Conor Lyne is our first speaker in 2019. He also claims first in other areas. He’s our youngest speaker thus far and also our first skier, and likely only skier 🙂 given Ireland and skiing rarely happen in the same sentence.

Conor skied for Ireland in the 2014 Winter Olympics in Russia. That takes dedication and more. . .

Here’s a little more about Conor

Born in the UK to Irish parents and raised in Utah (hence the skiing). His childhood was spent skiing in Utah and summers on the west coast of Ireland. Hospital, County Limerick and Brandon in Kerry is for him a bit of what always has been, and always will be, home.

His love for ski racing has been a significant influence. Endless days of training since the tender age of 11 instilled dedication and passion for skiing that spilled over into everything else Conor takes on. This persistence fulfilled his dream of competing for Ireland in the 2014 Winter Olympic Games in Sochi, Russia.

Accomplishing his own dream drove him to be curious about the dreams of others. Over the summer of 2017, he travelled to 21 countries to found Wander Faces, a photography project aimed at deconstructing stereotypes of people around the world. His goal is 100 countries before he is 30. He’s already at 52.

The experiences with Wander Faces, further fueled his love for travelling, outdoor adventures, and exploring new cultures. Photography awarded the opportunity to capture and share these experiences.

Book now Conor is sure to inspire